History of the Fossil

In the early Eocene Epoch over 50 million years ago, drainage from the newly formed Rocky Mountains created what geologists call Fossil Lake. The climate of Fossil Lake was subtropical, similar to the climate of Florida today. The lake was home to palm trees, crocodiles, turtles, and an abundance of fish. Unique conditions resulted in some of the best preserved fossils ever discovered. The sediments of fossil lake were first discovered in the 1850’s near a small town in Wyoming. Unlike other fossil formations around the world where mostly fragments of specimens are found, these fish are most often perfectly preserved in entirety.

Several of the rock layers contain so many fish fossils that scientists believe there were relatively frequent events which resulted in large scale casualties. Plant and animal life would die and fall to the bottom as they do in lakes and ponds today. Experts believe that the lake was so deep it lacked oxygen at the bottom. This prevented decomposition and scavengers from disturbing the remains. Storms would bring runoff from the mountains, covering the specimens with mineral rich material that would ensure their preservation.

Each spring, tons of earth and stone are excavated to reveal the most celebrated fossil fish layers, which lie about 60 feet below the surface. 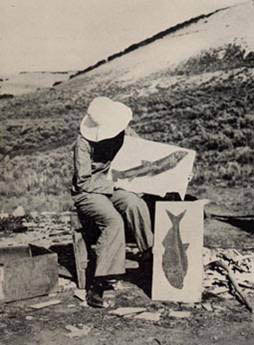 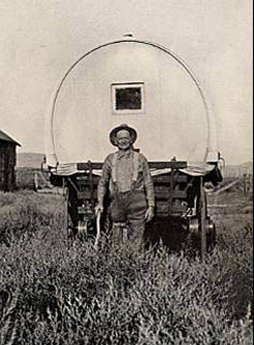 The sediments of Fossil Lake are deposited in very fine layers, a dark layer during the growing season and a light-hue inorganic layer in winter. Each pair of layers is called a varve and represents one year. The sediments of the Green River Formation present a continuous record of six million years. The mean thickness of a varve here is 0.18 mm, with a minimum thickness of 0.014 mm and maximum of 9.8 mm.

Within Fossil Lake, two distinct zones of very fine-grained lime muds are particularly noted for preserving a variety of complete and detailed fossils. These layers are an Eocene Lagerstätte, a rare place where conditions were right for a rich accumulation of undisturbed fossils. The most productive zone—called the split fish layer—consists of a series of laminated or varved lime muds about 6 ft (1.8 m) thick which contains abundance of fish and other fossils. These are easily split along the layers to reveal the fossils. This thin zone represents some 4000 years of deposition. The second fossil zone, the 18 inch layer, is an unlaminated layer about 18 in (46 cm) thick that also contains abundant detailed fossils, but is harder to work because it is not composed of fissile laminae.

The limestone matrix is so fine-grained that fossils include rare soft parts of complete insects and fallen leaves in spectacular detail. More than twenty-two orders of insects are represented in the Green River collection at the Smithsonian Institution in Washington, D.C. alone.

Fish fossils of Diplomystus and Knightia are found in Fossil Lake but not in Lake Gosiute. Only Lake Gosiute has fossils of catfish (Ictaluridae and Hypsidoridae) and suckers (Catostomidae). The catfish are found mostly in the deepest parts of the lake.

The Green River fossils date about 48 mya, but cover several million years, including the transition between the moist early Eocene climate and the slightly drier mid-Eocene. The climate was moist and mild enough to support crocodiles, which do not tolerate frost, and the lakes were surrounded by sycamore forests. As the lake configurations shifted, each Green River location is distinct in character and time. The lake system formed over underlying river deltas and shifted in the flat landscape with slight tectonic movements, receiving sediments from the Uinta highland and the Rocky Mountains to the east and north. The lagerstätten formed in anoxic conditions in the fine carbonate muds that formed in the lakebeds. Lack of oxygen slowed bacterial decomposition and kept scavengers away, so leaves of palms, ferns and sycamores, some showing the insect damage they had sustained during their growth, were covered with fine-grained sediment and preserved. Insects were preserved whole, even delicate wing membranes and spider spinnerets.

Vertebrates were preserved too, including the scutes of Borealosuchus, the crocodile that was an early clue to the mild Eocene climate of Western North America. Fish are common. The fossils of the herring-like Knightia, sometimes in dense layers, as if a school had wandered into anoxic water levels and were overcome, are familiar to fossil-lovers and are among the most commonly available fossils on the commercial market. There was one indigenous freshwater stingray, Heliobatis. Approximately sixty vertebrate taxa in all have been found at Green River. Besides fishes they include at least eleven species of reptiles, and some birds and one armadillo-like mammal,Brachianodon westorum, with some scattered vertebrae of others, like the dog-sizedMeniscotherium and Notharctus, one of the first primates. The earliest known bats (Icaronycteris index, and Onychonycteris finneyi), already full-developed for flight, are found here. Even a snake, Boavus idelmani, found its way into a lake and was preserved in the mudstone.