Phareodus was a genus of freshwater fish from the Eocene to the Oligocene of Australia, Europe and North America, with an oval outline, a small head, and a slightly pointed snout. Diplomystus is an extinct genus of freshwater clupeomorph fish distantly related to modern-day extant herrings, alewives, and sardines. Priscacara is an extinct genus of perch from the middle Eocene, characterized by a sunfish-like body and stout dorsal and anal spines. Mass deaths of Priscacara suggest it formed schools. Mioplosus is an extinct genus of percid fish that lived from the early to middle Eocene. Mioplosus have pointed teeth and are believed to have been voracious predators: individuals have been found with fish lodged in its throat. Mioplosus fossils are never found in large groups, which suggest they were solitary. A small schooling fish, Knightia made an abundant food source for larger Eocene predators. Quarried from Mosaic Lake and unearthed by hand, this striking mural contains a 19.5″ Phareodus, 16.5″ Diplomystus, 17.25″ Diplomystus, Diplomystus, 8.25″ Priscacara, 7.25″ Priscacara, 8″ Mioplosus, and 8 Knightia between 6.5″ 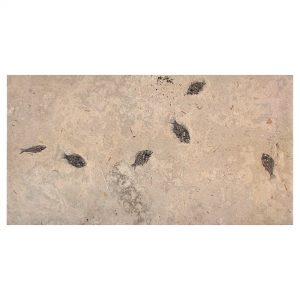 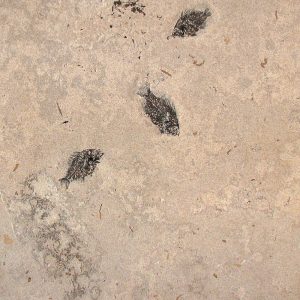 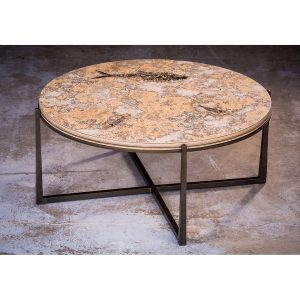 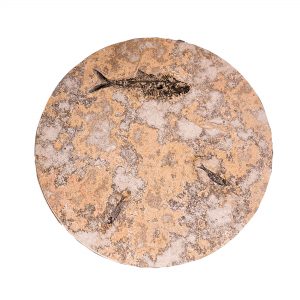 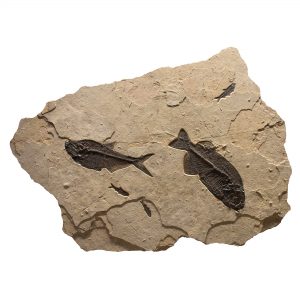 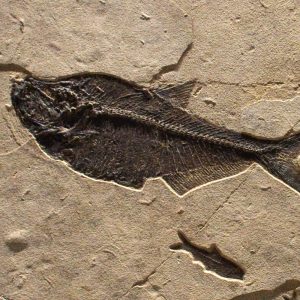 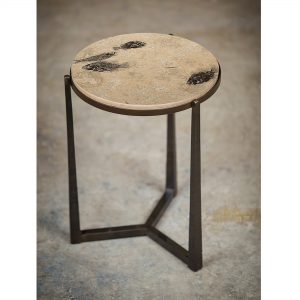 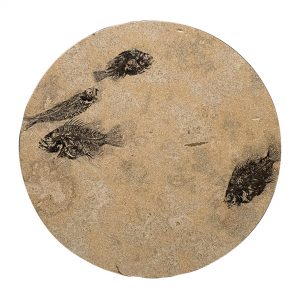